This is a repeat journey of the day we did, by bus, to Milford Sound. We briefly stopped at Te Anau for lunch; it was so pretty and we had the best pies 🙂 It was another 2 plus hours to Milford. 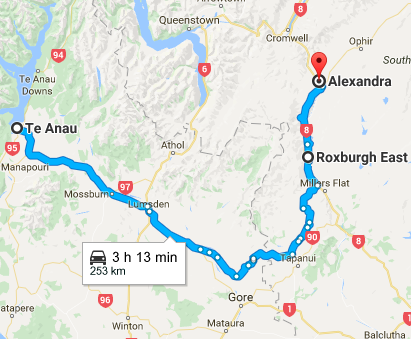 This time I will be going to Doubtful Sound, which is by Secretary Island (to the left on the map). Milford Sound is at centre top. I have to decide if I’ll do a day trip or an overnight one, the price is around $230 for a day, $430 for over night. It’s expensive but I will budget for perhaps two pricey excursions. Either way, it involves a short boat trip, a bus trip then cruising on the Sound. It looks different to the more popular Milford Sound. 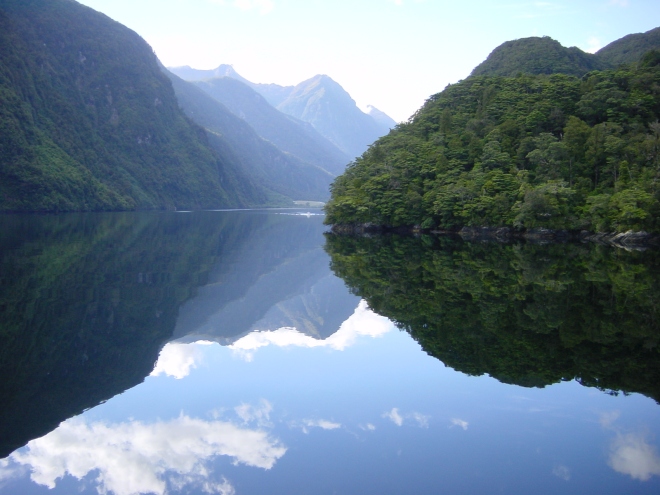 The fiord is home to one of the southernmost populations of bottlenose dolphins. The Doubtful Sound bottlenoses have formed a very insular subgroup of only about 70 individuals, with none having been observed to leave or enter the Sound. Their social grouping is thus extremely close, which is also partly attributed to the difficult and unusual features of their habitat, which is much colder than the habitats of other bottlenose groups and is also overlaid by the freshwater layer. 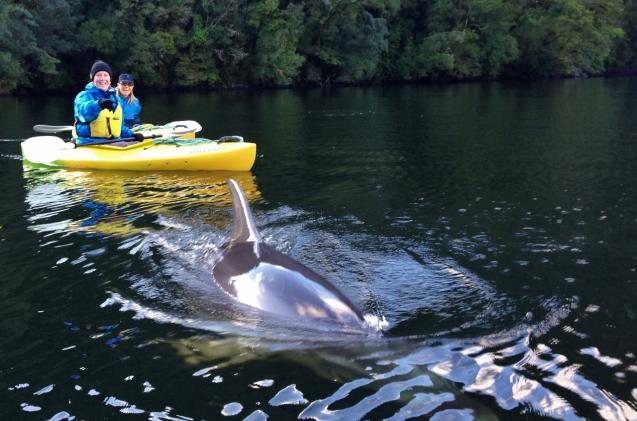 I would kayak willingly to see one.

Other wildlife to be found in Doubtful Sound includes fur seals and penguins, or even rare large whales (southern right whale, humpback whale, minke whale, sperm whale and some giant beaked whales. Orcas (killer whales) and long-finned pilot whales can be found also. The waters of Doubtful Sound are also home to an abundance of sea creatures, including many species of fish, starfish, sea anemones, and corals. It is perhaps best known for its black coral trees which occur in unusually shallow water for what is normally a deep-water species. The sound has been identified as an Important Bird Area by BirdLife International because it is a breeding site for Fiordland penguins. My idea of paradise!
I hope I do see many of the above, we only saw some sea birds and a few NZ Fur Seals in Milford. 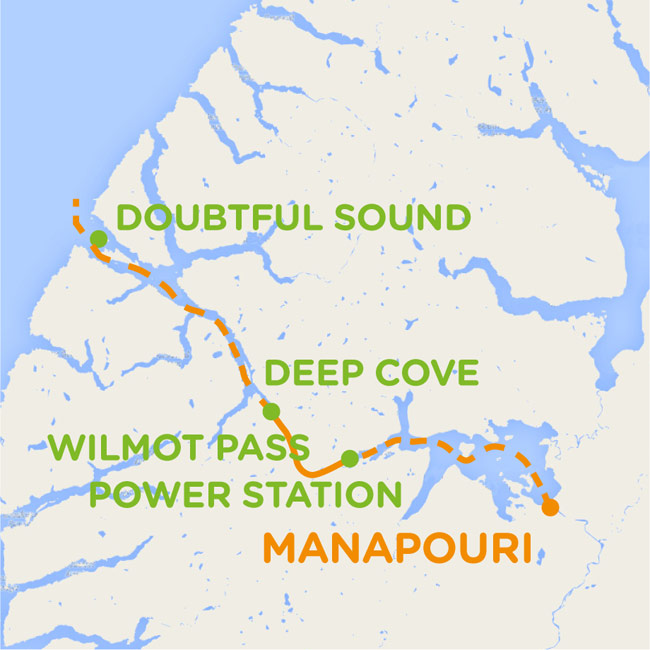 Te Anau’s wildlife centre has a TAKAHE! It is an incredibly rare endemic bird, only about 200 left in the wild, living high up in the Murchison Mountains opposite Te Anau. Immense efforts are being taken to protect them in this wild place from invasive, non-native predators, particularly stoats and rats.To get to the park, you can go on a leisurely stroll south on the lake front, past the yacht club. Entry to the park is free and the large Takahe enclosure is clearly marked. There are many other rare New Zealand birds you can also see in the park. Dasha and I had photos by the Takahe monument in the town but I have only just seen there is a live one! Exciting 🙂

There is also an interesting glow worm cave. I’ve seen glow worms a few times but this looks challenging, very challenging! It has been described as “one of the most unusual limestone cave experiences on the planet”. A boat ride across the lake, down into the caves, a river, a waterfall and a little boat to see the glow worms. It’s $79.

We were meant to go to the Manapouri power station and dam when we went to Milford but it was closed due to maintenance. I have a fascination with her stations, I have discovered There is an organised tour.
Accomodation: Te Anau Lakeview Holiday Park
77 Manapouri – Te Anau Highway
Te Anau 9460