I’m not sure what I imagine Arthur’s Pass to be like, I didn’t get Haast Pass correct and I probably won’t with Arthur’s. So who was Arthur? In 1864  Arthur Dobson and his brother Edward went over the Bealey-Otira Pass and it was named after Arthur. Maybe he was the older brother?

The park is very distinctly split by the main divide of the South Island. The eastern side is typically drier and consists of beech forest and wide riverbeds, while the western side contains dense rainforest. Much of the geography was formed by ancient glacial action, forming flat-bottomed U-shaped valleys. In the middle is a high range, consisting of large, snow-covered peaks and scree slopes. 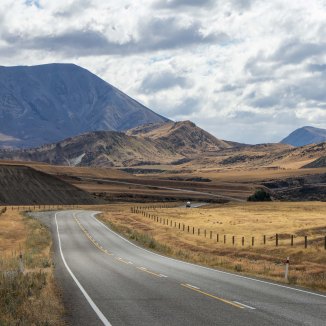 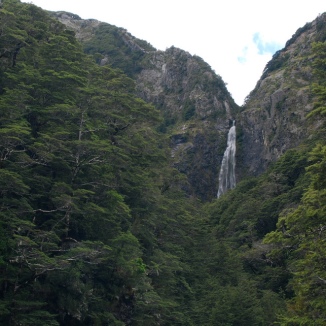 Arthur’s Pass National Park is not far from the Bealey and the Waimakariri River bridge has a magnificent view of mountains at the head of the valley. The weather is often clear here when it raining at Arthur’s Pass Village.

The road then runs through beautiful bush beside the Bealey River until you come into the alpine village of Arthur’s Pass, 5 km south of the mountain pass with the same name. Its elevation is 740 metres above sea level surrounded by beech forest. 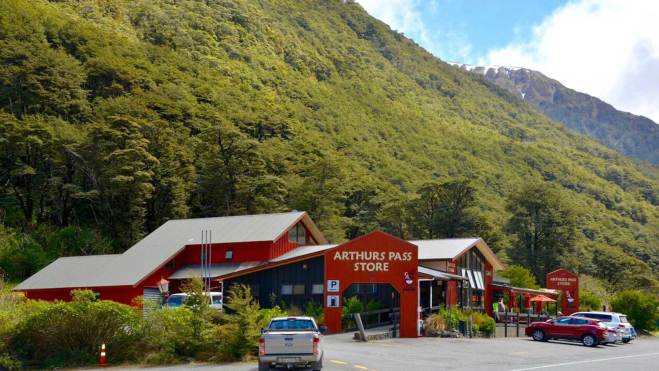 From Arthur’s Pass, across the  Southern Alps to Otira, there is native bush and Mount Rolleston. I will do the Chasm and the Dobson Nature Walk (hopefully there will be wild flowers) and maybe others as there are many choices. There is always the weather(;  I’m now back on the “wet” side.

The next section is one that is unique to New Zealand and of which we are proud. It is a piece of engineering involving viaducts, bridges, rock shelters and waterfalls redirected into chutes.In places the road not only hugs the cliff but hangs over it!! It descends, steeply  😦

Rock slide and Water Bridges in the Otira Gorge.

Once through the gorge there is the interesting little village of Otira, originally a stop on the Cobb and Co stagecoach from Canterbury to the West Coast. The Midland Line was extended from Stillwater to Jacksons in 1894 and then Otira in 1899, when the pass was navigated by coach from Otira until the railway tunnel opened in 1923. During construction of the tunnel, Otira housed about 600 workers and their families.

The township is principally old Railways housing, much of which was constructed in Hamilton and shipped south to be assembled on site. As well as the railway station, there is a pub, a fire station, and 18 houses, 14 of them tenanted in 2010. 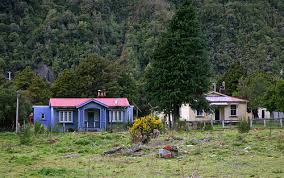 Until . . . . . . . . . in 1998, Bill and Christine Hennah bought the hotel and town on a whim for $73,000. In 2010, they listed their property, which included the hotel, hall, fire station and 14 rentable houses on 20 hectares of leasehold land. At the time, Christine Hennah estimated the total worth at about $1 million. It has since been purchased and is going through a revival! 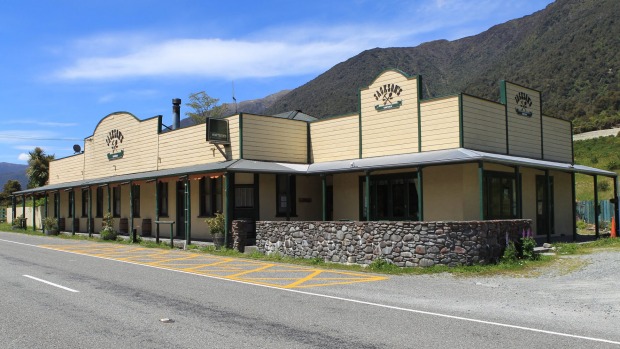 Now back on safe ground, no overhangs etc the road follows the Taramakau River to Kumara Junction where I turn right to join the West Coast again, south of Greymouth. It’s a brief return, a mere 20 kilometres, before turning inland again at Greymouth to head to Reefton, an hour on.

In 1888 Reefton became the first town in New Zealand and the Southern Hemisphere to receive electricity, the work of Walter Prince, and its streets were lit by commercial electricity generated by the Reefton Power Station. Many of the heritage buildings have been restored and offer an insight to the past. The Lewis Pass is 66 km to the south-east.

Lewis Pass (el. 864 m.) is a mountain pass connecting the West Coast with north Canterbury; it passes through extensive unmodified beech forest.The actual pass is the saddle between the valleys of the Maruia River to the northwest and the Lewis River to the southeast. The saddle is located close to the small spa of Maruia Springs.

There doesn’t appear to be so many points of interest on this route except for Maruia Springs and the better known Hanmer Springs and a few short walks.

The DoC Camp at Marble Hill is spacious plus is the starting point for a trek to Lake Daniels for the trampers/hikers. There is a place marker there that is right on the
Alpine fault Line!!! Those on a short time can enjoy a five minute stroll to the “˜Sluice Box,” where the Maruia River forces its way through a narrow marble gorge.

The Alpine Nature Walk is  a 20 mins loop track at the start of the St James Walkway. It leads through an alpine wetland, with views of Gloriana Peak and the Spenser Mountains. It is accessed from the St James Carpark 400 m east of the Lewis Pass on SH7.

The Alpine Nature Walk has a pretty ttarn lake,

I’m not a fan of hot springs (and New Zealand has many) but I will take a side trip to have lunch at Hanmer Springs. The hot springs were produced by the fractured rock bed along the Hanmer fault.

Not far from Hanmer I turn left onto a minor road, SH70 (the Inland Kaikoura route), to travel to Kaikoura. 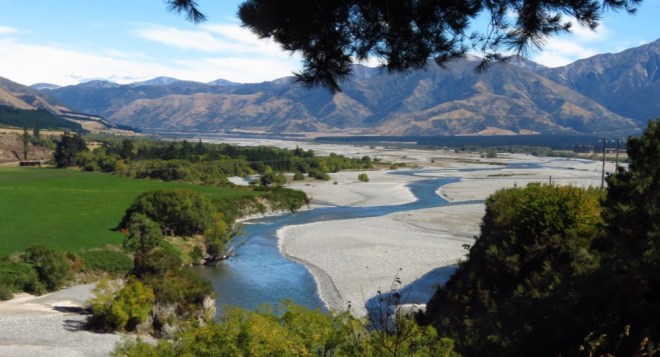 Just after Waiau pull off while still on the hill overlooking the community and the Waiau River valley for one of the most spectacular scenes one will find. The rest of the 100k road seems singularly uninteresting but it is a quicker (albeit hilly and windy) to get to Kaikoura.