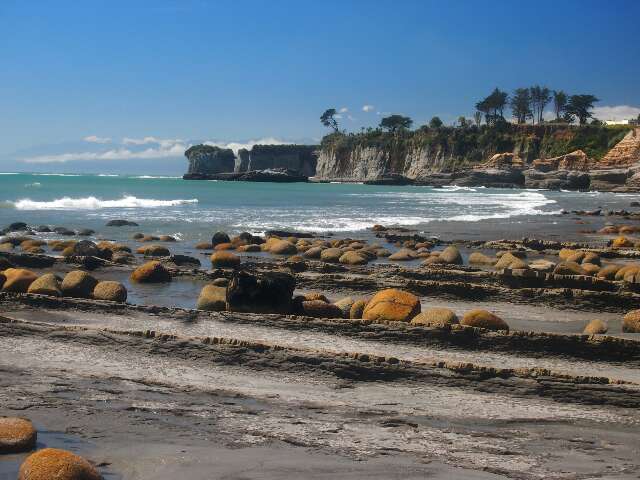 The bat at Cape Foulwind has interesting geology.

We didn’t stay at Westport last time so I’d like to look at the town and then drive south. I will probably stop again at Tauranga Bay to look at the NZ Fur Seals and the many sea birds and weka then drive on to look at Charleston, I don’t remember driving through it last time.  Much is dependant on the weather and tides. 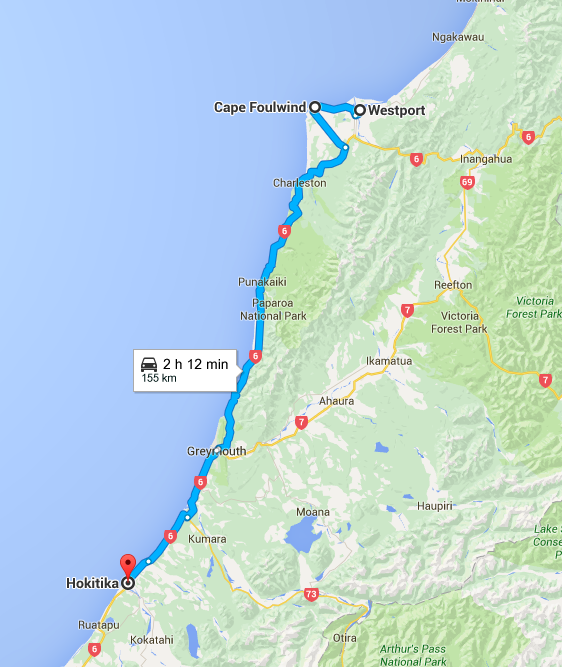 Three kilometres north of Punakaiki is the Truman Track, at Te Miko – a rainforest track to a limestone cliff bay with fossils, a small waterfall and a very pretty pebbled beach. At low tide there are lovely rock pools. 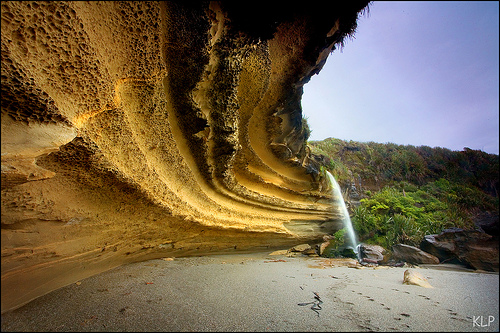 So pretty and rather unusual.

Punakaiki is a definite stop, I didn’t take any decent photos when I was there with Dasha, not one!  It’s possibly not too easy to take a wow factor photo of the rocks without some thought. I had expected a vast area of these rock and it was rather small; and grey! Spectacular, yes. no doubt about that.
There were lots of gulls here, I would like to take time to see if there are any unusual one.

After Punakaiki the road passes through varying country – flat or undulating to Barrytown, then winding around steep coastal cliffs. The road widens after Rapahoe, where it passes through softer mudstone, then onto the open river flats of the lower Grey Valley near Greymouth. I remember seeing lots of beaches, pretty bays and rugged promontories and want to spend time (weather permitting) just sitting. The great thing about having my Ducato is there will always be food available. 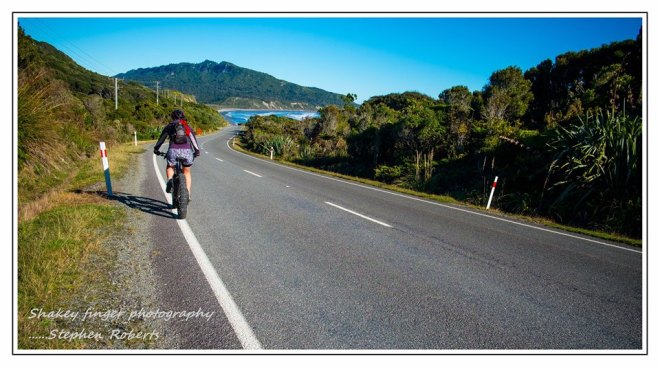 There are many tiny villages on the West Coast that were once thriving mining towns, with coal to the north and golds to the south. I would like to stop at many of them and see their history instead of driving through.

It was Sunday when Dasha and I stopped in Greymouth, we walked along the river, admired the old buildings and had a big feast of KFC. I will explore the town a little more.

Ten kilometres south of Greymouth is Shantytown, a heritage park where you can pan for gold and ride a steam train. It consists of 30 re-created historic buildings, a replica of a South Island West Coast gold mining town set in the 1860s

From here it is a 40 kilometre drive to Hokitika. Dasha and I loved the town. I may spend several nights here.

As an added interest, 13.6ks south of Ross (I remember Ross, it rained), near Kakapotahi, is the Waitaha River which is under threat from a hydro-electric plan. It would be a good photo opportunity, seemingly has lovely glacial waters and was a gold mining area once. Good for a fossick too 🙂